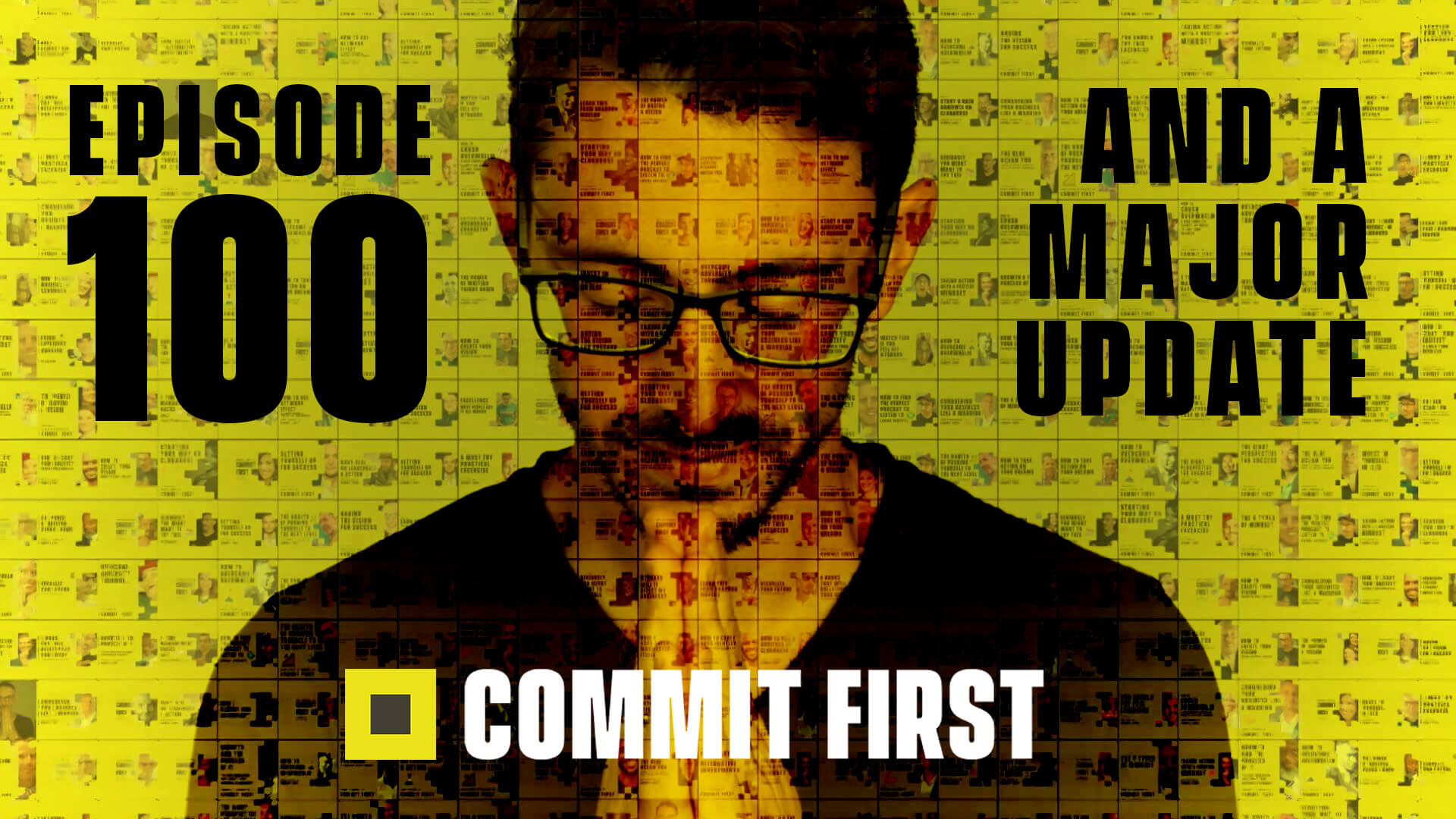 You’re probably wondering why two weeks have gone by before this episode came out. I’ve been doing a lot of thinking lately, because I knew in my heart that cooking this episode up needed a lot of clarity and thought. It had a lot of questions that needed to be answered. And it wasn’t just a “lone wolf” kind of thing, it needed more than just one mind to get to the bottom of.

So I called my mentors, my coaches, and even consulted the personal brand guru- Chris Ducker- to help enlighten me on how I can take this to the next level.

These last 3 years have been one wild ride for the show, and after going through many shifts and changes, it has finally reached its 100th episode! A lot has happened, but that doesn’t mean that there’s nothing left of what’s to come. This episode will be a little different, featuring a quick throwback on what I personally went through as an aspiring dad entrepreneur, and how I experienced the most surreal turns of events in my journey.

Finally, I’ll be making a big announcement at the end of this episode. The tides are shifting, and it’s time for things to take a huge turn. Stay tuned!

Here is a sneak peek snippet from the many topics I’ll be covering on this episode!

Things were already going great for me, as a designer. We were taking in projects left and right, I was taken in by Fiverr- not the marketplace, but the company itself- to work on its web design. Shortly after, I was invited alongside my partner to join an accelerator in Silicon Valley to become the first designer of a company called Similar Web. I started a design podcast and newsletter called Hacking UI, where I interviewed all sorts of creative leaders from big names like Facebook, Air BNB, Uber, Adobe, and many other amazing companies.

But there was something that was missing. Something that I ultimately wanted to achieve. I wanted freedom. I wanted to be able to build my own life and take control of it in my own way. I wanted to become the CEO of my life. Hacking UI earned well, finally generating enough money for me to create a new startup. With the birth of my new endeavors, I left Similar Web and let go of such a high paying job, and a great position in a company. It was a financial leap of faith, and I took it.

But it was all worth it, and on this episode, I’ll tell you why. Hope you enjoy!