How DISCIPLINE Changed Erik’s Life – And How It Can Change Yours! 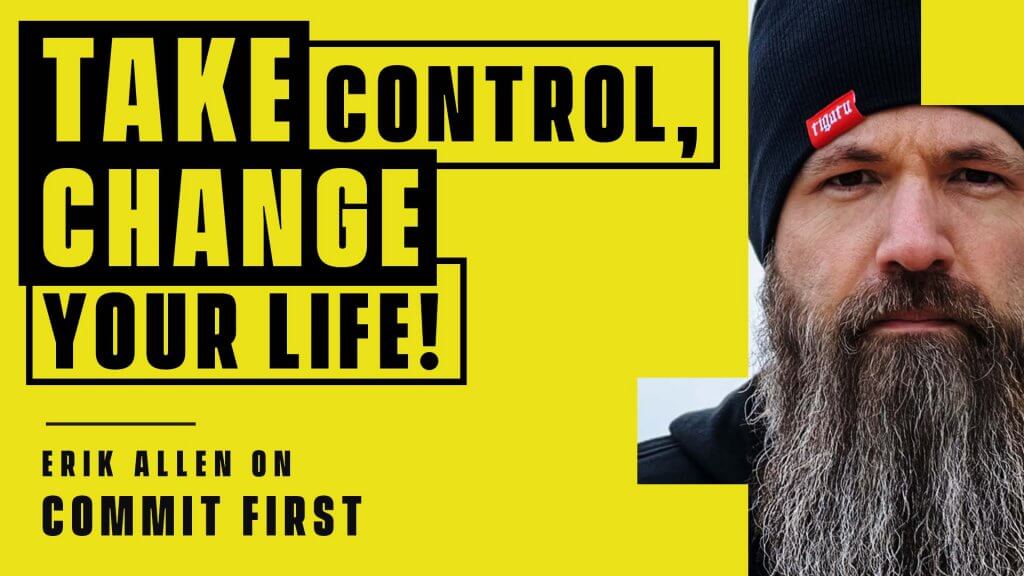 How DISCIPLINE can change your life!

Looking back at my episode with entrepreneur and podcaster Erik Allen, I figured that there’s a lot of value in everything we talked about. So much happened during this man’s life that you’d never expect him to be who he is now if you met him nearly three decades ago. It’s all just too inspiring to not write about, so here I am.

Erik is the kind of guy who wakes up between 3:45 – 4 AM in the morning, before his alarm clock even goes off. He’s got his podcast, a productive day job, and a home with his wife and kids. Erik lives his day-to-day life with one simple morning goal; to open his eyes and be thankful the moment he wakes up.

We’re all different people, and some of us are guilty of being cranky in the morning. We groan, stretch, look at our phones and get up to put a cup of coffee in our hands as soon as possible. For Erik, he focuses on making sure he’s GRATEFUL before he’s even out of bed. I think this really helps us boost our state of mind and the way we wire our brains for the rest of the day, because you’ll already have the mindset of a WINNER before you even start.

Not everyone’s an early bird (myself included,) and that’s totally fine! But Erik does point out a few helpful benefits to people who wake up and beat the sun. As a family man, he wants to spend enough time with his wife and kids right after work. Waking up VERY early helps him make more time for them, getting a lot more done before they get up. By the time his household’s awake, he’s already done with almost half of his daily tasks!

By 5 PM, Erik shuts down everything work related and focuses on his family. He spends time to connect with his kids, with his wife, and they’re all in bed by 9:30 at the latest. Now that’s pretty damn early, bfut again, Erik says that it doesn’t matter when you wake up and go to sleep as long as you’re properly making enough time for both productive work and family.

In fact, Erik wasn’t even a morning person until much later on in his life! He worked at a Starbucks and was in charge of opening up shop early in the morning. That meant that he had to go to work before everyone else and make sure the doors were unlocked before customers started pouring in. You don’t have to work at a Starbucks or have a family to become an early bird, and if Erik could do it, I’m sure you can too.

Unlike his kids, Erik came from a broken family and went through pretty rough storms in his life. At the age of 13, his mom had a physically abusive boyfriend, and he had to teach him a lesson by whacking his head in with a cast iron pan. He was even ARRESTED when he turned 18, and weed wasn’t legal back then, so he was charged with carrying paraphernalia. It was probably the scariest 24 hours of his life.

Erik’s dad kicked him out of the house right after he graduated high school, and was basically homeless for 3 years. He had to move places 21 TIMES! Whatever chance he got to stay somewhere for the night, he took it. He lived off of credit cards until he turned 21. By then, Erik was $28,000 in DEBT.

Things seemed a little bleak for him at this point, and one might think that he wasn’t going to end up anywhere. Until one morning, Erik found himself waking up to the aftermath of a wild party the night before. Everything was a mess, and his friends were passed out all over the place. He gave them one good look, and it just clicked- It’s time to stop this cycle of sadness and crisis. It’s time to step up.

He eventually found God, and found strength in his faith. With faith in one hand and discipline in the other, Erik completely turned his life around and rose from his struggles.

Fast-forward to 2022, Erik’s leading a happy life with wonderful kids and a beautiful partner. If you’re interested in the same morning routine that fuels him right at the start of the day, here’s what he shared with us:

As soon as his eyes swing open, Erik says his thanks and expresses his gratitude for another day. He reflects on all of his blessings and realizes how grateful he is for each one.

2. Put on some music

Erik likes to play worship music as soon as he’s ready to get into his early-morning success mindset, but you can pick any of the songs you like! Doesn’t matter what the genre is, as long as it motivates you and pumps you to be the winner you’re meant to be!

Dedicate a bit of extra space in your workstation for a vision board, or a vision wall. Erik’s vision wall takes up half of his entire office wall, and he has everything he has and everything he wants on it. Pictures of his family, quotes, goals, dream houses, etc.

Don’t just tell yourself “I will have this,” tell yourself that you already have it, that it’s already yours, and that the universe has set off to give it to you! Manifest your goals, talk like you’ve already won. Just visualize it and be in the winning moment until your thoughts turn into reality!

This isn’t necessarily a part of his morning routine, but it’s also one of Erik’s daily goals. He works towards making at least ONE person smile within the day, whether it’s virtual or in-person. He believes that it’s important to always make a good impact in anyone’s life, big or small.

I just really wanted to share some of the value that Erik gave us during my latest podcast episode, and these were a few of the many golden nuggets we tackled on the episode. If this piqued your interest or even inspired you, feel free to watch the full podcast episode here!

My Instagram is always open for DMs! Feel free to shoot me a message or join my WhatsApp community down below if you want talk to other like-minded individuals who are all about self-growth and development!